I have been a lawyer since 2009 and I love my work. The best thing about being a lawyer is making a direct and meaningful impact in the lives of others. It is a special privilege and honor to be someone others go to and trust in difficult times, and that is something I will never take for granted. My goal as a lawyer is to make my clients’ lives better than when they first came to see me, and I only accept cases where I believe I can do that.

My clients usually come to me after they have been wronged by someone else and don’t know what to do about it. Sometimes they are getting jerked around by an insurance company after a car accident; sometimes they are being treated unfairly at work and their livelihood is in jeopardy. Every situation is unique, but they all usually involve my clients getting pushed around by corporations, insurance companies, or powerful people who think the rules don’t apply to them.

I step in to make sure the rules are followed and my clients are treated fairly. Sometimes I can help simply by explaining to my clients what their legal options are and outlining a course of action to protect their rights and achieve their goals.

But often, my clients need more than just sound advice and guidance. They need someone in their corner with them who will hold wrongdoers accountable for their actions. I have always admired people who take a stand for justice, and I am proud to be my clients’ advocate when they need a fighter on their side.

Since becoming a lawyer in 2009, I have focused my law practice on helping people in cases involving personal injuries and illegal employment practices. In just my first ten years of practicing law, my clients have won more than $25,000,000 in jury verdicts and settlements in the following types of cases:

Why I Became a Personal Injury and Employment Lawyer

I didn’t know what kind of lawyer I wanted to be when I went to law school, but I quickly found out after working for a state court trial judge in Kansas City while I was a law student. I got to see a lot of different cases come through the courtroom, but I found my passion for fighting for the injured and oppressed after watching a medical negligence trial between a woman and a large hospital.

The woman had a surgical sponge left in her body after breast cancer surgery. The sponge rotted away in her body and caused serious health problems before anyone could figure out what was wrong. All this trouble could have been avoided had the hospital followed industry-standard safety procedures for counting medical supplies before finishing a surgery. To make matters worse, the misplaced sponge interfered with the woman’s cancer treatment and the cancer returned with a vengeance. By the time the case reached trial, we didn’t know if the woman would live to see the jury’s verdict.

Here was this sick and frail woman fighting against a huge corporation in the health care industry. I wondered why she was wasting her last precious days in a courtroom fighting a battle when the outcome didn’t seem like it would matter for her.

But after she testified, I realized that she was fighting for more than just herself; she was fighting to hold the hospital accountable for its actions so the same thing wouldn’t happen to anyone else. Even in her last days, she continued fighting for the well-being and safety of others.

She passed away shortly after the trial, but I am still inspired by her courage and humbled by her selflessness to this day. Fortunately, she lived just long enough to see justice served.

While the woman had righteous case, our legal system is complicated and almost impossible to navigate without an attorney. The woman was lucky to find a capable attorney who was a true believer in justice – not someone who was just in it for the money. You could just tell by his passion and determination that he truly cared about his client and wanted nothing more than to make sure her voice was heard.

The billion-dollar hospital hired the best defense lawyers in town, who threw up every roadblock you could imagine and fought the case tooth and nail. It was eye-opening to see the lengths to which a corporation would go to avoid responsibility for the harm it caused.

But the woman’s attorney was well-prepared and fought tenaciously every step of the way. He became a teacher in the courtroom and earned the jury’s trust and respect. Ultimately, the jury followed his guidance and delivered a just result. And if anyone doubted how much that attorney cared for his client, I can tell you those doubts vanished when hugged his client and cried with her after hearing the jury’s verdict.

I decided that was the kind of lawyer I was going to be. One who stands up to bullies and holds wrongdoers accountable. One who is completely dedicated to the pursuit of justice for his clients. And one who will give clients the personal attention and care that they deserve. 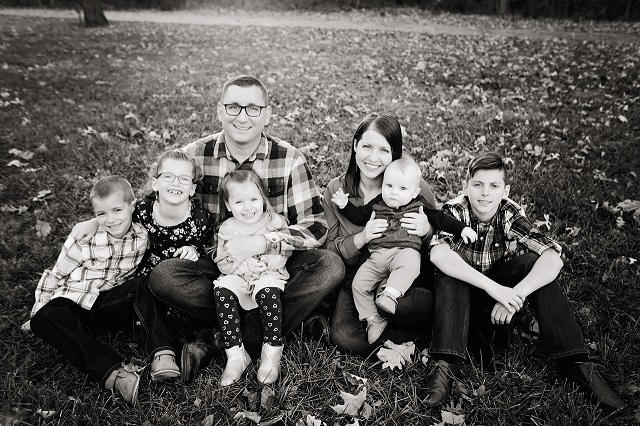 I was born, raised, and educated in Missouri. I am married to my high school sweetheart, and we have five wonderful children together. When I’m not in the courtroom or meeting with clients, I enjoy movie nights with my kids, traveling to new places with my wife, coaching youth sports, and going on the occasional bird hunt with my old yellow lab, Winchester.

Kevin offers a free, no-obligation consultation to any person facing a legal problem. During your call, Kevin will review your situation, answer your questions, and inform you of your legal rights.

In his first decade of experience, Kevin has tried and argued more cases in court than most attorneys have in their entire careers.

When you hire Kevin, you get Kevin. Not a paralegal, case manager, or a lawyer fresh out of law school. Kevin limits the number of cases he takes so he can give his clients the attention they deserve.

No Recovery = No Fee

Kevin takes cases on a “contingency” basis, meaning you only pay for his legal services if he succeeds in obtaining a verdict or settlement for you.

Kevin A. Jones offers a free, no-obligation consultation to any person facing a legal problem. During your call, Kevin will review your situation, answer your questions, and inform you of your legal rights.

Call for a Free Consultation

(Meetings by appointment only)